A few months back I blogged about Slap Watch (the only watch I wear) and I’m still loving it to bits. I mentioned that I don’t like watches but for some reason I just LOVE wearing my Slap Watch. The awesome people over at SLAP™ WATCH decided to spoil me with my fav colour Slap Watch and of course I’m in love with it.

Since I last blogged about Slap Watch, the Slap fairies have been busy busy busy! New Slap SLAP™ WATCH were launched and its looking more trendier than ever. The thing with SLAP™ WATCH is, you can buy a few watches and switch their faces to match your outfit so you’re never bored with it.

I’ve had many watches that slaps around your wrist and to be totally honest, its just a waste of time (no pun intended) and money. After a few weeks, the band becomes worn out and it doesn’t slap at all. I can truly say that my SLAP™ WATCH still “slaps” and wraps around my wrist months after. Shockingly due to the fact that I slap mine so much. I’ve said it before and Ill say it again “IF IT DOESN’T SAY SLAP, IT’S NOT A SLAP™ WATCH”, so don’t go out buying fake stuff! Buy the real deal at hot online fashion. 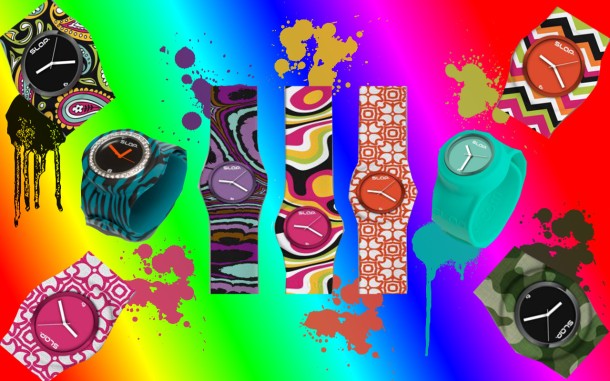 If you’re still on the lookout for christmas gifts, Slap Watch has made matters easier for you. There’s a huge selection of colours and fashionable prints for both male, female and kids(Slap Watch Junior). This makes for an amazing christmas gift and would be perfect to count the new year down, right?!

2 thoughts on “Must Have Monday : SLAP WATCH”

#icymi Relationship Status: Its caffeinated☕️.We all love a good ol @starbucks_sa spoil🥤. Over on the blog - I spill the beans😉on my fave Starbucks drinks and chat a little about ⭐️Star Rewards where you can earn free food and drinks. Give it a read and click the link in my bio. •
“It's a ☕️brew-tiful day to have a Starbucks🥤drink”, yes please!
No tea☕️ no shade...
#ICYMI New post up on the blog where I share my top four spots to visit in and around Cape Town for a little downtime. Whether you’re in the mood for a ⛰🚙🗺road trip or just spending some time outdoors in the city, I’ve got you covered! 😉 Click the link in my bio! •
City girl turned 🌾🌳🐎farm girl... for a day! 😂 I spent my birthday exploring the Cape Winelands and chat a little bit about my birthday shenanigans over on the blog. I loved the countryside vibe so much, I want to stay overnight 🤷🏽‍♀️ Any suggestions?
After an extra long holiday🏖, I came out of the woodwork and published my first blog post for the year.
Nothing fancy🤷🏽‍♀️, just pretending to catch some afternoon sun on the floor but in actual fact , I’m just tired because shooting content is hard work. 50 shots📷 and then end up using only 3 pictures.
Anna Wintour, come get your daughter!
Issa wedding vibe... •