Its been a while since I did a DIY and I was extremely overwhelmed by the response I received from my previous DIY so I thought I’d do another one(DIY Turband) but I decided to shift it to next week because I discovered something new!

I’ve got quite a few clear nail polishes and one of my fav ones are from Essence. As you can see this is a really old one as Essence bottles changed (I think… because I don’t have to purchase their polishes as often because of their amazing quality). I’ve had this one for two years and its still in the same condition as the first time I bought it.

Today’s DIY I will be making my own Essence nail polish, the reason why I say it’ll be an Essence polish is because Ill only be using Essence products. Firstly I don’t know how to “de-pot” makeup yet and I loved this little eye shadow so much that I didn’t want to throw it away after it suffered a hard fall and it broke apart.

• Firstly I emptied the shadow into a transparent bag and used a rolling pin to get all those little lumps and bumps out.
• Secondly I added it to the essence clear polish and used the applicator to mix it in.
• I then rolled the bottle between my hands so that it can mix thoroughly.(Do not shake it or else you’ll get lots of bubbles.)
• In the process of this DIY, I discovered that I can still use this shadow as only the top layer broke. 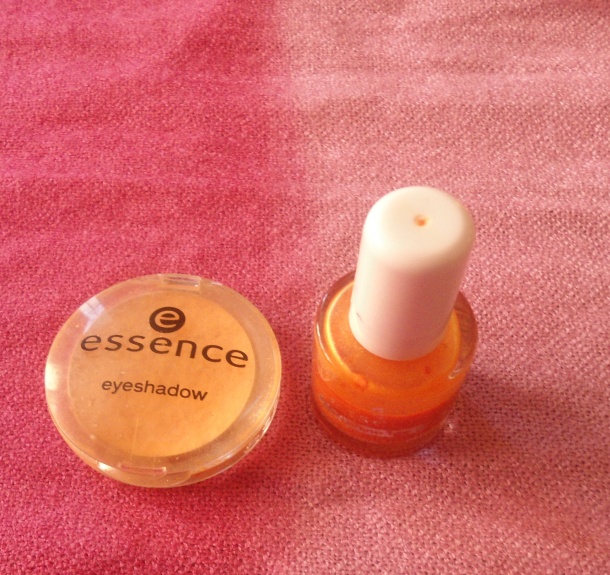 And *V*I*O*L*A!… You’ve got a new Essence polish and you get to name it yourself 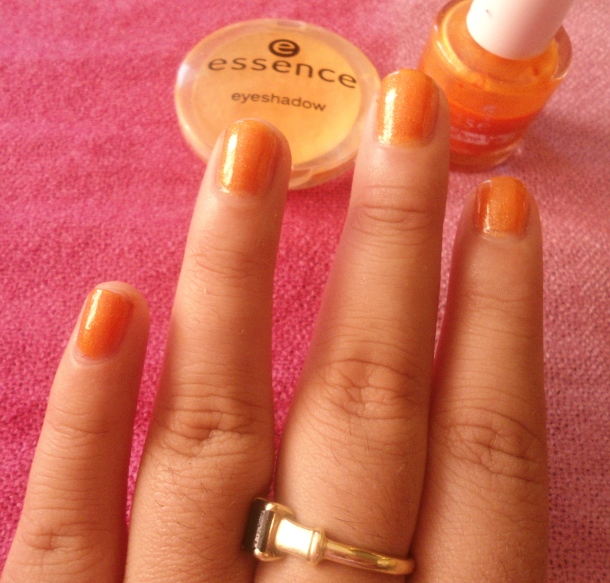